Why is everyone so much happier when summer comes around? Probably because it’s the season completely devoted to leisure and good times with the people you love.

The summer term has to be my favourite! Who doesn’t love a good sports day, a good play park, one of dad’s barbecues, a summer fete and a jolly Farnham Carnival?

Where does time fly though? I can’t believe that Alfie finished his first year at school last week. It seems like it was only yesterday that I was nervously awaiting his first day, shopping for new uniform and getting mum to sew in all those name badges. It’s also mad that our little Betsy-Boo is going to be two at the end of August – although she’s been smashing the terrible two’s for quite a while now!

She’s loving the sunshine months of going to a play park and having a good splash around in the paddling pool. You can also tell that Betsy is a ‘summer baby’ as she’s definitely into flip flops and ice cream! She’s also really enjoying life at Tootsies Nursery and since leaving baby room a few weeks back she is happy cruising along with other toddlers – she’s no longer my baby but more my cheeky little monkey!

But what a year it’s been for our Alfie Bear…
He’s growing up so fast and it’s true that when you are enjoying something, time seems to move more quickly. I’m super proud of what he’s achieved this year and how he’s grown – well maybe not in body but definitely in mind and soul. A year ago he was crying every time I dropped him off at nursery, clinging onto me and pleading me not to leave him. A year on, he confidently runs into school, willing and able.

He’s totally enjoyed every minute of his year in reception and we’re very lucky that Alfie is a child who has wanted to go to school and learn. In fact, he’s a bit of a goody two-shoes and quite the academic, who loves reading, maths and chatting about everything and nothing!

He’s also quite the little joiner getting involved in school council, being an inn keeper in his first Christmas play and being part of Badshot Lea Infant School’s Farnham Carnival entry to this year’s theme of ‘Fly me to the moon’.

I relented to Alfie’s pleads to take part in the carnival procession this year. However, I’m not quite sure who had the easiest job – Alfie and mummy walking around Farnham in the boiling hot sun dancing and singing to S Club 7’s ‘Reach for the stars’ (that song is still in my head) or Daddy watching the parade in the sweltering heat trying to keep Betsy both amused and contained.

I will confess though, it was a lot of fun and Alfie did extremely well to walk all the way round dressed as my little blue planet, looking utterly cute and carrying a bucket to collect everyone’s lose change. Well done Badshot Lea Infant School for winning a gold award for best in show.

People are always surprised by Alfie’s conversation (including Daddy and Mummy) and often use two clichés to describe him which are either: old before his time or having a wise head on young shoulders!

Or as his Grandma would say he’s very knowing – partly because of his non-stop questioning and his favourite word from around two years of age being that of ‘why’?

All said, both Darren and I were very surprised when we found out that he had won the award for ‘Star of the Year’ for his reception year at school. Proud as punch doesn’t even begin to describe how we felt when we were told. Neither Darren nor I were very academic at school, so we are really chuffed for him. You’re a super star Alfie!

So Betsy-Boo, you have a lot to live up to but I’m sure with your stubborn streak (from daddy) and your utter determination (courtesy of mummy) you will find your own way to shine bright! 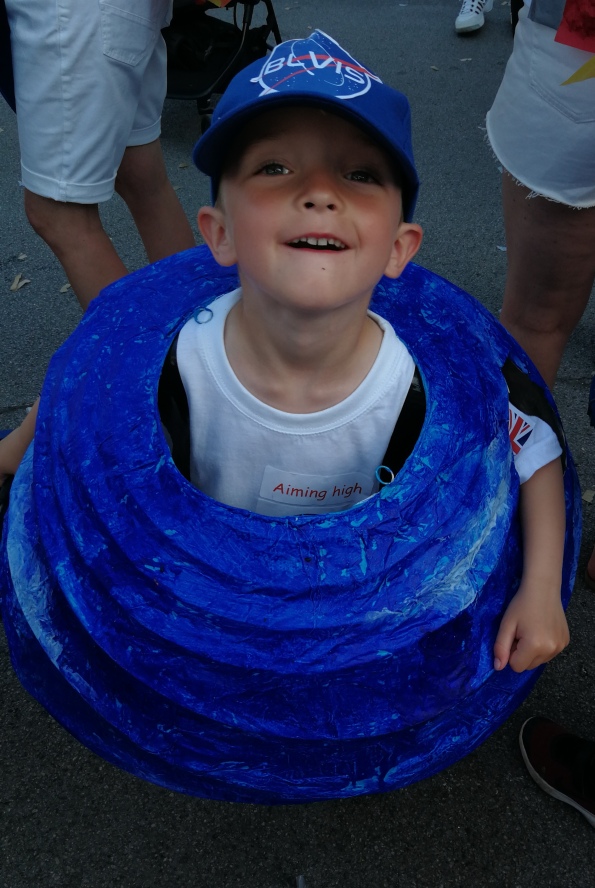 A content guru by day, a florist and a big Pompey fan :) Follow #MyWorld - a personal blog about day to day life experiences as a family including all our growing pains... View all posts by Claire-Marie Lamport