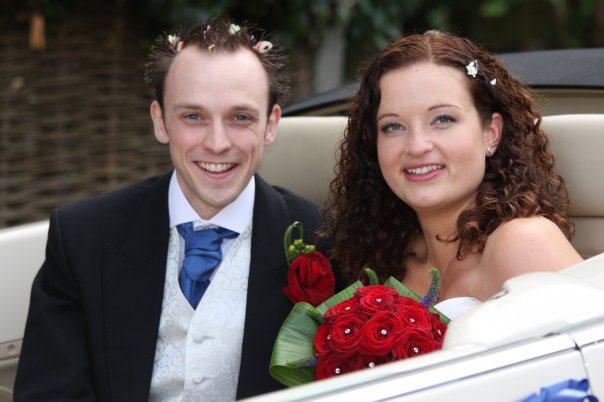 It’s hard to believe that Darren and I have been married 10 years! I feel 10 years older and it certainly doesn’t feel like yesterday I was walking down the aisle, saying ‘I do’ and partying the night away with family and friends – however, that said, a lot has happened and changed in our lives over the last 10 years.

I used to listen to radio one (now Heart London) and answer to just the initials ‘CMA’ and ‘Annie Anscombe'(now CML, Mummy or Wifey) plus spend my Saturdays playing or watching sport.

Lots of people always ask me how I met my best friend – Darren always refers to it as a ‘Baywatch’ moment. Not quite! We met working at Farnham Leisure Centre, Darren was a life guard and I was a customer advisor but at first his red and yellow uniform didn’t quite do it for me! Nor did his passion for Liverpool football club.

Dad always says it was ‘about bloody time’ when we got engaged. Darren and I hadn’t yet moved in together despite literally spending all our time together either at his parents’ house or mine. We’d been together about 8 years and in that time Darren had got a degree in nursing, I had qualified as a florist and I had even managed to get Darren to support Portsmouth football club, even if it did mean me buying him a season ticket!

We had begun looking at buying a house but although we were excited about the thought of moving in together we felt a little overwhelmed about it all. As well as buying a house my big THREE ZERO was approaching…

I don’t know why but I struggled with turning 30 and at the time it felt really old! In fact it felt worse than when I turned 40 last year because at 30 I didn’t have a house, husband or any children – like I said a lots happened in 10 years! So to stop any ideas of surprise birthday parties I asked Darren if he wanted to go way to my favourite haven for a week’s holiday.

We arrived in Madeira, Funchal the day before my birthday and little did I know that Darren had planned to propose to me on this first night. He had hidden the ‘ring’ in his rucksack and yes despite the bleepers going off at airport security several times, he managed to keep his secret plan under wraps from me. However, me being me I fell asleep that evening and the planned proposal went somewhat pear shaped!

The next day was my birthday and I woke up to lots of birthday treats, cards and messages including Darren’s 30 presents which he had wrapped and packed in his suitcase to give to me throughout the day. Looking back the day was full of comedy moments. Including all the phone calls from family expecting to hear shrills of ‘I got engaged’ but of course I knew nothing about it!

My suspicions as to whether Darren was going to propose or not had been growing throughout the day. It was present number 30 – the main present that completely threw me though. After dinner, we went back to our apartment and Darren opened a bottle of champagne and presented me with a small bag.

Well, you can guess what I thought it was going to be! However it wasn’t what I was expecting but instead it was a gorgeous necklace with a big fat ruby in the middle surrounded by lots of diamonds.

Darren always laughs about how disappointed I was when I opened the box and I always feel so guilty as I love the necklace dearly. I guess I was just expecting a ring and when I saw the necklace my heart sank as I thought he couldn’t possibly propose after buying me such an expensive necklace. Little did I know that my engagement ring would match my new necklace!

As soon as it was midnight, Darren put me out of my misery and proposed. A year later we had our first home in Tongham and got married on 24 October 2009 at Frensham church, near Farnham and returned back to Madeira for our honeymoon…

Of course as soon as you get married everybody asks you when are you going to have kids? Darren’s somewhat cheeky answer to this question was always ‘we’re busy practicing’. I, being the more respectable of the two would argue that we just spent time enjoying one another’s company and growing older and wiser together! 4 years later Alfie was born followed by Betsy-Ann 8 years later.

It’s true to say that two become one when you get married and that’s not a bad thing either. It’s just the start of a new adventure!

Our whole world has completely changed since having both Alfie and Betsy. We are now a family and my love for Darren has grown especially when you see the love he has for both our children.

We’ve enjoyed lots of good times over the last 10 years but there’s also been a fair amount of heartache but that’s life and we are lucky that we have each other to lean on when needed.

In the words of Forest Gump: “Life is like a box of chocolates – you never know what you’re going to get.”

Darren is my best friend and although during the ‘good times’ you don’t want life to pass by too quickly, I am however somewhat excited to see what chocolates we pick and what adventures we land ourselves in next… 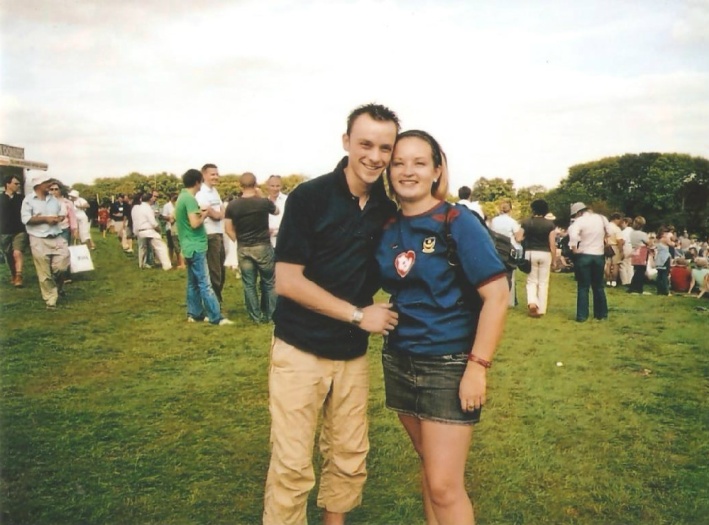 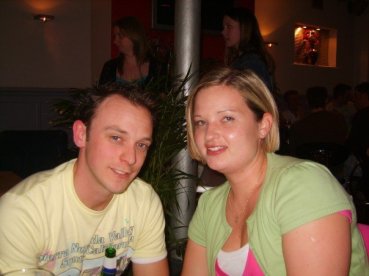 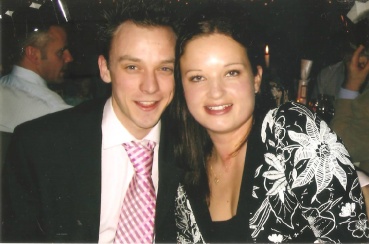 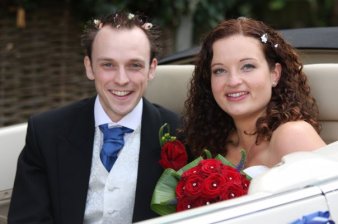 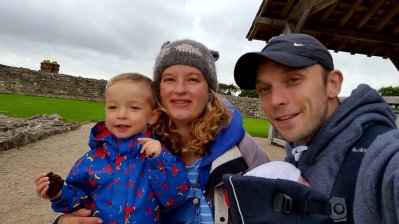 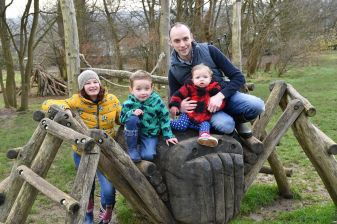